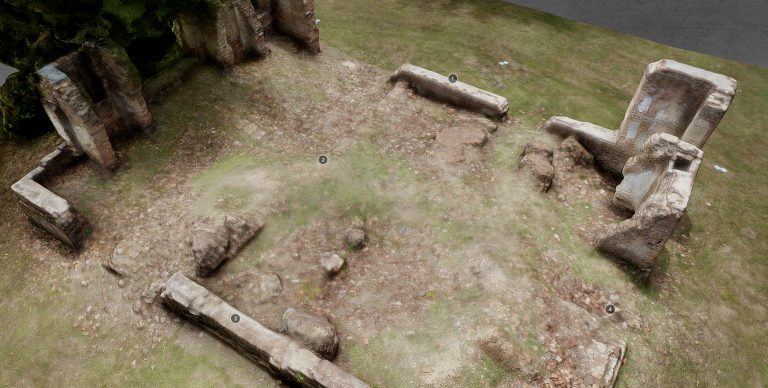 “Crowfield” was a rice plantation established in Goose Creek, South Carolina in 1701 by a wealthy planter from the British West Indies, a member of the “Barbados elite” who was killed trying to make slaves of the Indians not long after. In 1721 it was purchased by Arthur Middleton, owner of the nearby “the Oaks” plantation, and given to his eldest son William. Along with the brick house, William designed and built the first formal ornamental landscape garden in North America on this property in the 1730s. He named it Crowfield Hall after his Aunt’s estate in England. There was an avenue of oaks, a moon reflecting pond, bowling green, terraced greens, viewing mounts, and 3 fish ponds, the largest of which sported a mount with a Roman ruin in the center. Younger brother Henry would establish “Middleton Place” not far away on the Ashley River and begin it’s formal landscaped gardens in 1741. The Crowfield Ruins are currently owned and maintained by the Crowfield Plantation Home Owners Association.

The Map below gives you a view of how the neighborhood and golf course has been developed around the ruins, from an aerial view it’s easy to see the reflecting pond.